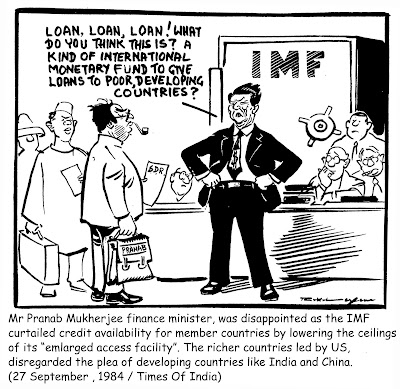 Rasipuram Krishnaswamy Iyer Laxman who signs as ‘R K LAXMAN’ was born on 23 October 1921 at Mysore. Laxman’s father was a school headmaster. He was first married to Bharatanatyam dancer and movie actress Kamala Laxman (also known before marriage as Baby Kamala and Kumari Kamala). After a divorce, he married again and his second wife's (a children's book writer) name was also Kamala. He lives both in Mumbai and Pune.
Posted by Kerala Cartoon Academy at 12:53 AM